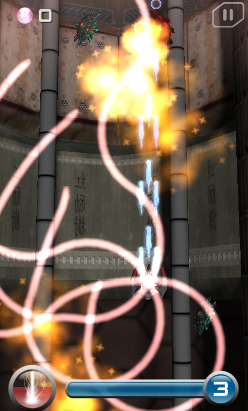 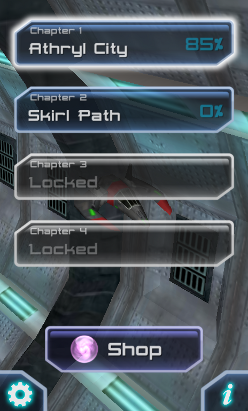 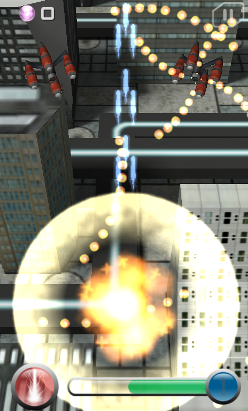 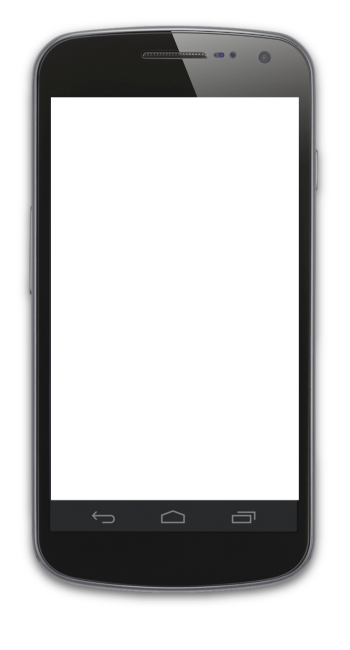 It’s the ‘shmup’ you were looking for. AppsZoom

If you’re a fan of old-school space shooters you are going to love Exp3D. SuperGameDroid

Exp3D is a vertical space-shooter featuring:

You can play this shmup on Android phones or tablets or in your web browser. If you’re curious, the source code is also available. 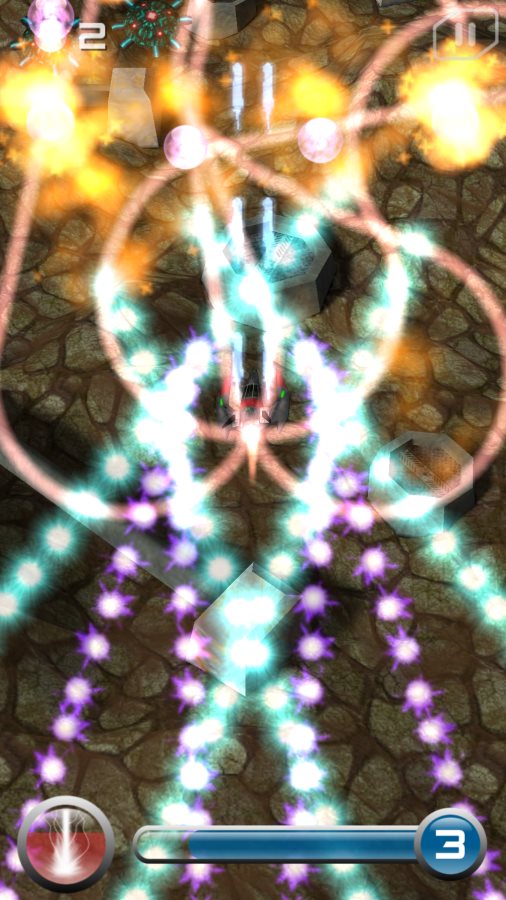 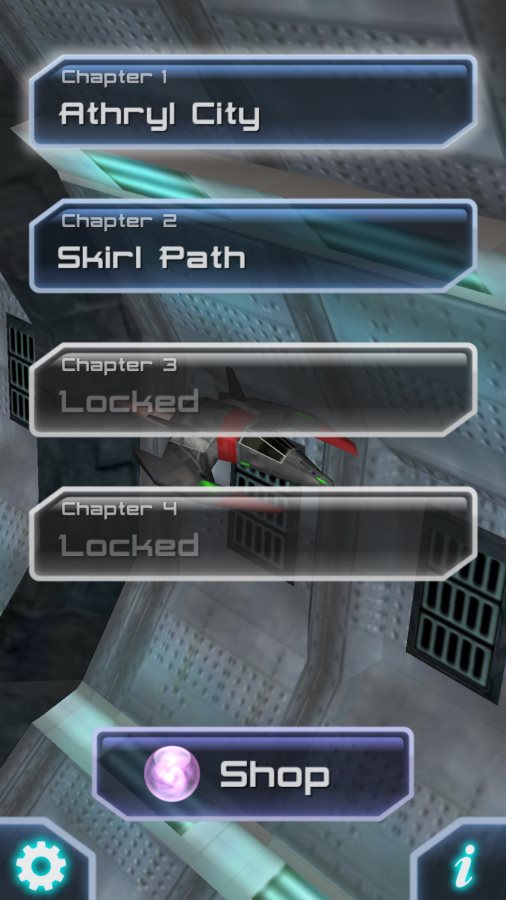 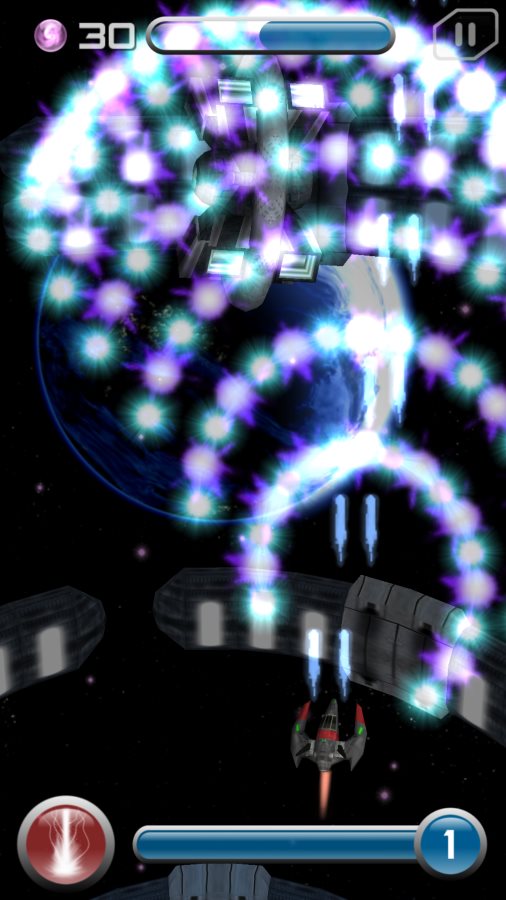 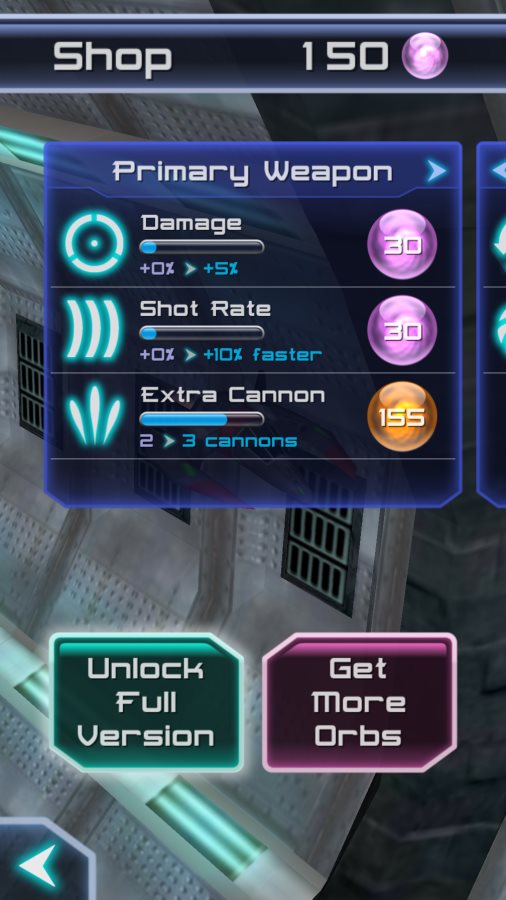 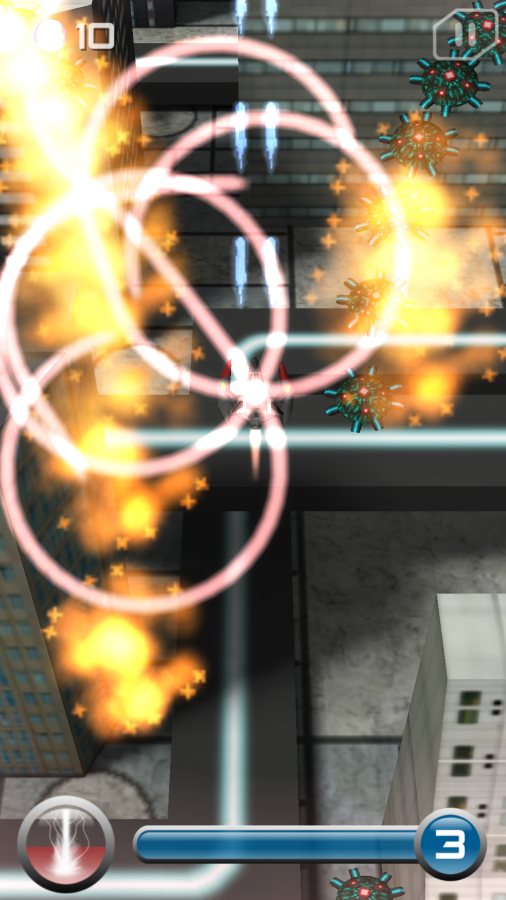 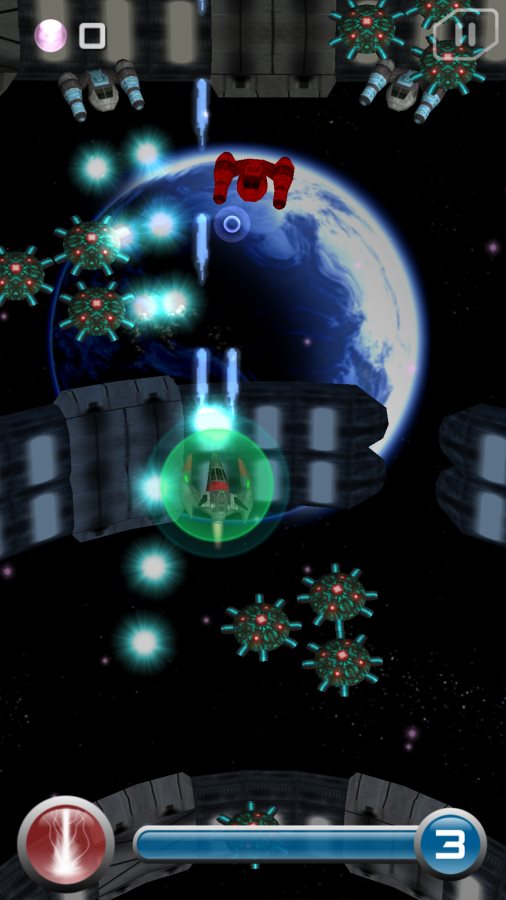 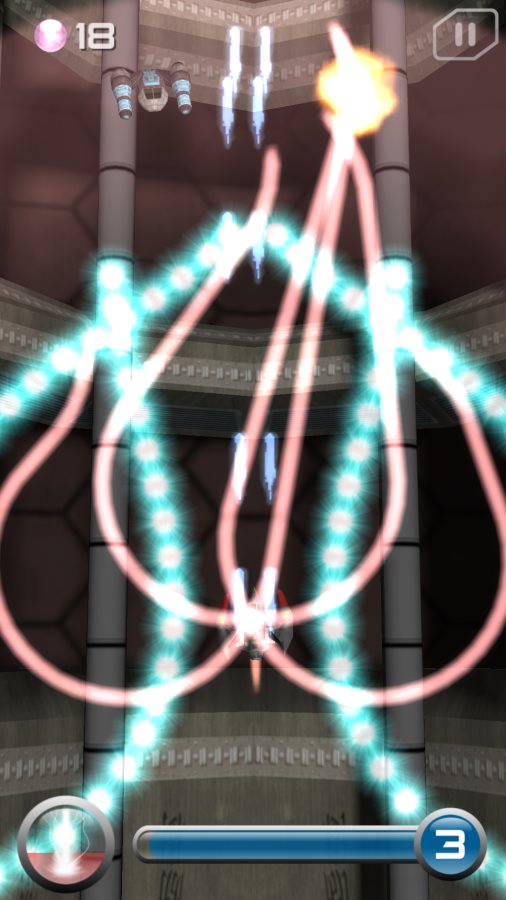 In the early years of the 4th millenium, advances in technology allowed humans to spread from their homeworld and initiate a colonization of other celestial worlds. Begining with the establishment of settlements on Earth’s planetary neighbors, human expansion progressed over the centuries to finally reach most of the planets of the solar system.

After a breakthrough in propulsion systems was achieved, humans consider extending their influence to other stars and so a fleet was formed to be sent to the adjacent system: Alpha Centauri.
What happened to the expedition remains unknown but communication ceased shortly after the ships entered the Alpha Centauri system.

3 months after the incident Earth was attacked by an unknown powerful enemy fleet - an unprecedented event in mankind history.
It is believed that the human expedition in Alpha Centauri angered a dormant civilization which perceived the human move as an aggression.
The outcome of the conflict was not looking bright for the humans but the analyze of defeated enemy ships lead to an interesting discovery: the vessels seemed to use as a power source some shining orbs made from an unknown material.

Although Earth suffered heavy damage, humans still possess a mean of retaliation: the Exp3D ship is a powerful spacecraft built with the latest state-of-the-art technology and has been upgraded to take full advantage of the same orbs the enemy uses.

The Exp3D is now in your hands to shape humanity’s fate!

Is the game free to play?

Yes you can play the whole game from the beginning to the end completely for free, but you will have to be good. Really good.
You will need to clear all the chapters without taking any damage and with all the orbs collected.

What does the “full version” offer?

In the full version you are not required to clear a level at 100% to have access to the next level. You still have to unlock levels one by one but you can now afford to use your orbs for ship’s upgrades.

How do I use the orbs?

New orbs can be acquired through playing the game. Orbs can be used either to unlock new levels or to buy upgrades for your ship.
If you are a few orbs short you can get extra ones through in-app purchase.

You can download a press-kit with HD screenshots and icons of the game here.

The entire source-code of the game is published on GitHub under GPLv3.